1. In a surprise emergency move prompted by sleep-deprived ineptitude,* I drove Elf to her dance class today. Let me fill you in on my driving history: I learned to drive late. I had a couple of accidents. I moved to London and didn’t get behind the wheel once in 11 years. Now we have a huge damn car and people drive on the wrong side of the road and I can’t remember how anything works – so I’ve taken Moomintroll out for parking lot practice a couple of times, and I’ve had a couple** of driving lessons in a much smaller car, but I hadn’t quite worked myself up to proper driving practice, on the road, in Moomintroll.

Until I had to.

(Picture not taken under actual driving conditions. In case you were worried.)

2. I’m exhausted. Like, so, so exhausted. Somehow I keep moving, I even get out for my weekly runs, but it’s a mystery how. I cannot begin to imagine not being exhausted. This is making me crabby. (Elf says she doesn’t like me being grumpy. I haven’t quite managed to get her to connect me needing to be left alone for a rest now and then, when Dude is napping, with me maybe being less grumpy. She’s a smart kid, but you know. That’s a whole other kind of intelligence.) So I’m feeling unduly despondent about matters relating to my impending job, childcare for enabling, organising of. It’s all so fucking complicated and HARD and whereas I had originally hoped that a Job would entail at least 20 min twice a day when I could sit in blessed silence on a lovely quiet train, with nobody talking to me at all, apparently instead it’s going to involve driving, and ferrying kids to daycare, and doing so under great time pressure because Rigid Hours, and working really fucking hard in my set hours so that I can fit it all in, and coming home and putting the kids to bed by myself because Armin’s shifts usually have him out till late, and well. It’s not sounding any less exhausting.

3. Being exhausted makes me even more of a pottymouth than usual. Um. Sorry?
I do find myself thinking of a line from a certain Ravelry group, that the poster had to teach her kid to “be circumspect with your profanity, because some bitches just don’t understand.” Sorry bitches.

4. I did make it down to Katzensee yesterday, which I had thought was a bit far for Elf to walk. It is, but (a) she probably could do it on her balance bike (pedal bike still not quite mastered; the riding is fine, the stopping is hard) and (b) I still have an awesome toddler sling, and honestly I still love using it. So she got a ride halfway. She had an amazing time splashing about in the lake, although I wasn’t able to swim with her much, because Dude was awake and not that keen on the swimming part.

He seemed to quite enjoy modelling his swimming kit though.

4. Last Friday I took the kids on a long forest walk… again, using that lovely toddler sling, and Dude in the pram getting a good nap. 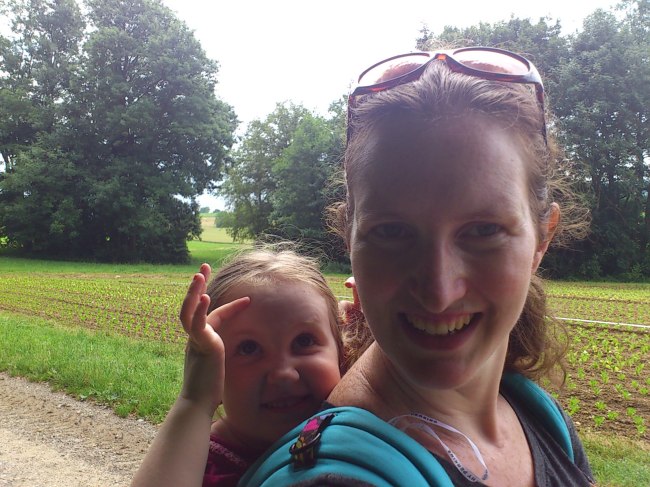 Elf has now come out firmly in favour of (a) long walks (ie rides), (b) forests and (c) swimming. She wasn’t at all sure about any of these before. I think the anti-forest thing came from too much storybook programming: the “deep dark woods” are always full of scariness. No more! 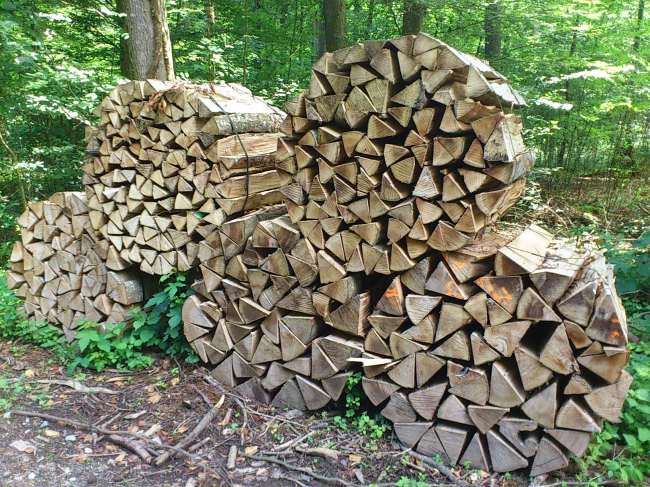 _____
* Waited for bus without wallet, ie wherewithal for bus ticket. Oops.
** All of those “couples” are British, not South African couples, ie, exactly two.