1. Last Tuesday we had our first proper snow of the winter. I brought my kids over to the neighbour’s for a playdate, and then – completely unplanned, and very uncharacteristically – took a walk. I wanted to see how the lake (which has been freezing over most beautifully) was looking under snow. I wanted to enjoy the landscape. I wanted to enjoy a stroll all by myself, no conversation, no kids, no reason.

I never ever ever do this. As much as I enjoy walking, it’s, well, slow. It seems like a shocking waste of time, when time is so scarce and I have so much to do. Given a couple of child-free hours, there’s always a huge list of things to tackle; not tackling them stresses me out, so “taking time for myself” really isn’t as appealing as you might think. And yet. I must still be in that special Christmas zone where doing nothing is expected, because somehow it didn’t seem that outrageous to just turn my feet away from home and go. I did think about taking my bike, to save time; I did think about putting on my running shoes; but I chose to walk. Because I love to walk. And it gave me a chance to take lots and lots of pretty pictures. 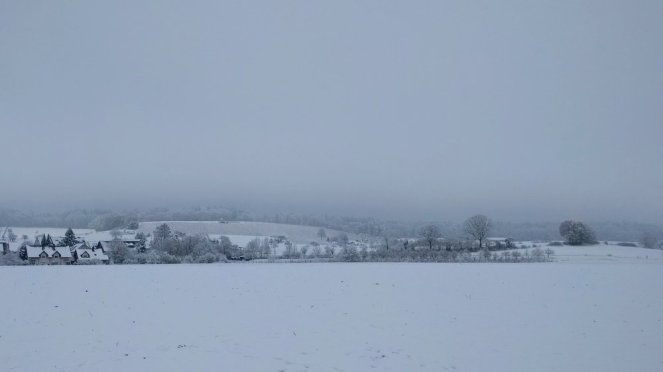 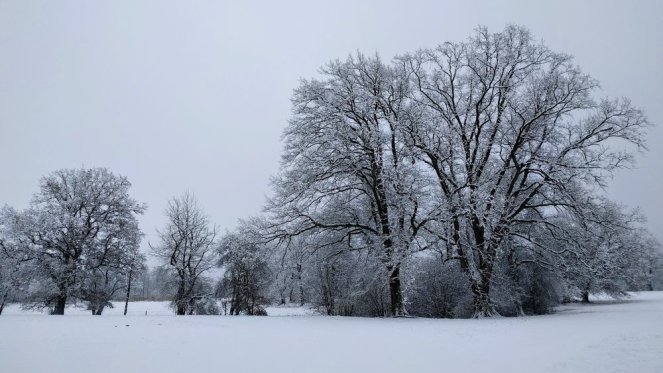 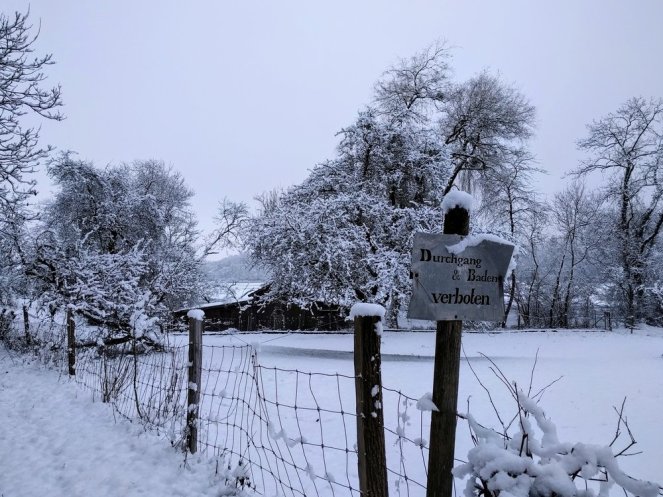 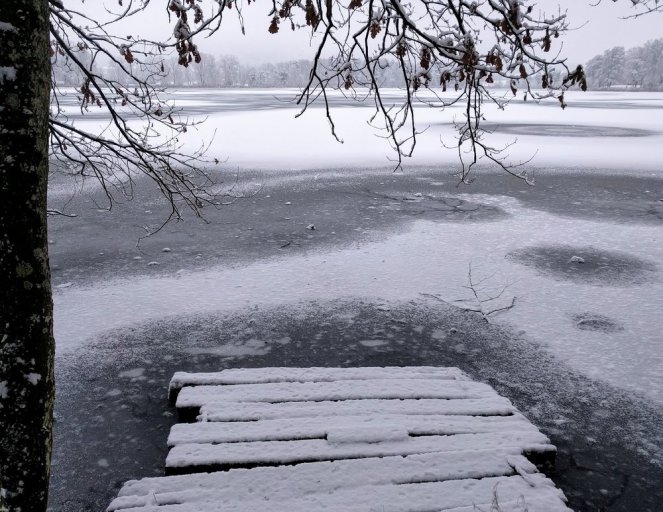 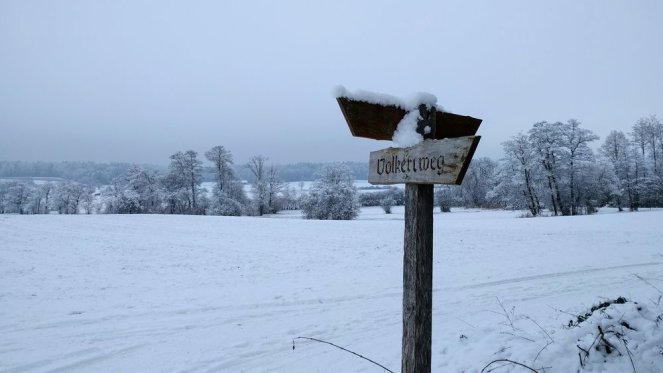 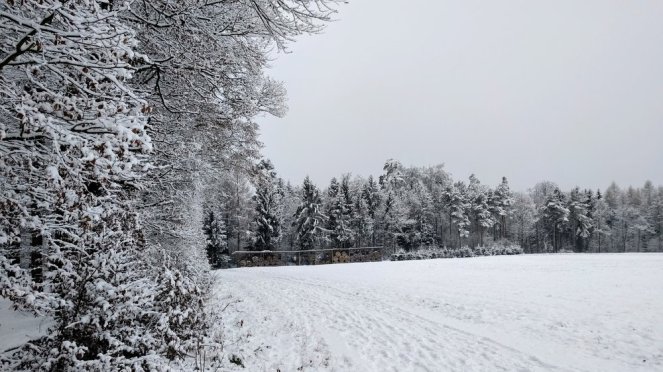 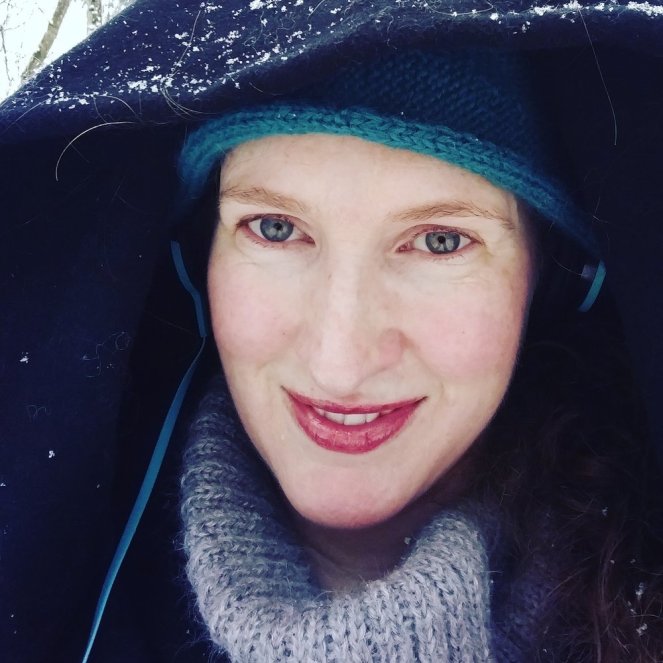 It was so very good. Two hours to tank up on joy. So good.

2. That same day I posted a photo of my red nails. 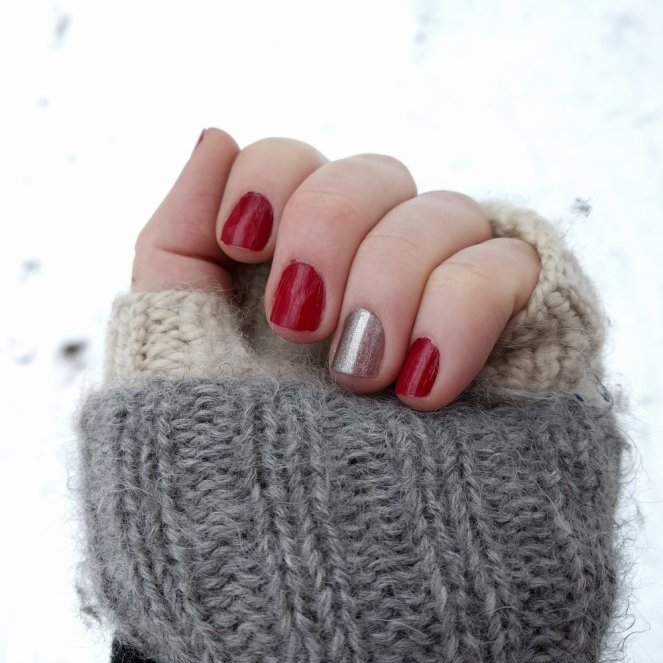 I have surprisingly confused feelings about this red. It’s a little darker in real life; not much, just a little. It’s a good red. And yet…

When I was 19 this was my idea of the perfect nail colour. And maybe that’s why I’m not so sure now. It carries too much of my 19-year-old self with me; it makes me think too much about who I was. (I was an idiot. Obviously. I mean, I was 19, and a particularly unripe 19.) Maybe that’s why this doesn’t feel sexy and glamorous now – everything I once thought this velvety red was; maybe that’s why it just feels… cheap. Anyway, nowadays I’m much more about the non-traditional nail colours, like that awesome sparkly pewter. (I am however very much in the market for tips on lipstick in that velvety dark red…)

It’s so hard to let go of the idiot I used to be. And what would that idiot think of me now? When I was 19 I thought of myself as unconventional. I certainly didn’t envision myself doing the hausfrau thing. Didn’t even see myself getting married. And yet I embraced some deeply conventional ideas of sexuality. Being “sexy”, a very conventional sexiness, was so important to me. That’s weird to think about. And now I feel completely alienated from it. I don’t know how much of this is thanks to “growing up” and how much of it is owed to being inevitably pushed out, as a plump middle-aged hausfrau, from the patriarchal “sexy” club. Did I really end up a conventional hausfrau who disdains “sexiness” – everything my 19-year-old self disdained? I don’t have a lot of patience for that 19yo, but still I wonder.

3. Meanwhile! In hausfrau news, my Little Dude turns 4 this week. This is a huge milestone for me. Four, in my mind, marks the end of babyhood. (This is probably why I struggled so much with the idea that I might have a 4yo still in nappies. It really messed with my mental timeline.) Of course, the upcoming year will still be plenty challenging; but it’s an age where he’s very clearly a little kid, not a baby. And he’ll be starting kindergarten in August. And basically: I’m done with babies. I survived. Holy shit, I did it.

4. Speaking of surviving: Christmas holidays are over! It’s back to 5am and structure and having at least a fair chance at getting shit done! Yaaaay! And thank fuck. (Sorrynotsorry.) It’s been nice and all but over the last few days, I’ve about reached my limit on kid interruptions. I can only hit my Zen switch so many times.

5. I did something possibly quite exciting last week. I went to look at a flat for sale. I genuinely don’t have the foggiest idea whether we can afford it (Discussions will be Held this week), and it’s maybe a bit on the titchy side, but it has a cat flap and a garden and it’s on the very edge of that nature reserve, in the snowy photos there? It’s… possibly quite exciting.

On the #52Recipes front, I didn’t try anything new this week. Did revisit this old favourite goat’s cheese quiche though – the hash brown crust is amazing but it’s pretty bland as written; you need to add something, say bacon or smoked salmon. I have four or five birthday bakes to take care of for the Dude, so I expect I’ll catch up.