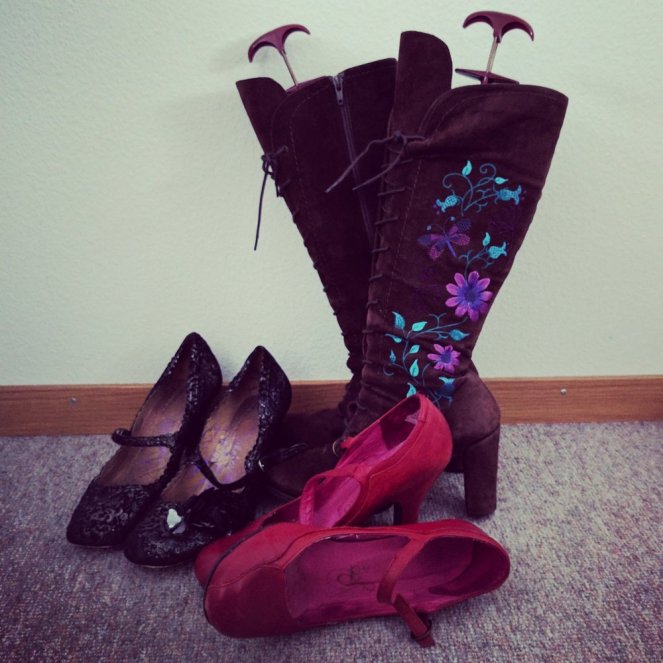 Nos 2 and 3 of #52recipes: This week I made these cheesy biscuits and this birthday cake (but in a square pan, no layers, with basic chocolate icing). Both are keepers. It’s hard to get excited about a basic yellow cake but then again, I’m excited about anything that comes together easily and reliably and tastes really good. Plus, I believe it would hold up very well to cutting into weird shapes, if I were ever foolish enough to attempt a theme cake.

I also baked three more familiar recipes (smallest’s birthday week involves two playgroup parties, plus one for friends and one for family!) – the reliably delicious Queen of Sheba flourless chocolate cake, and Nigella’s birthday biscuits and fairy cakes. Those Nigella recipes are not particularly delicious, but they do the job. If I’d been just a tiny bit better organised I could have baked the square cake and the fairy cakes at once with one double batch of the Smitten Kitchen batter, and that’s what I’ll do next year. (Note to self: buy more buttermilk!)