1. There’s a person in my life with narcissistic personality disorder. Admittedly that’s an armchair diagnosis, because one of the features of this disorder is that the person in question doesn’t think there’s anything wrong with them and won’t accept treatment, but it’s pretty solid. There’s a lot of messy stuff happening with her, and although I’m far away, it’s stressful. At the same time, every day I get to see a narcissist ranting and wrecking things all over the news. Even more far away, and very little to do with me personally. But I’m feeling pretty battered.

2. This past weekend went some way to restoring me. Armin and I celebrated 20 years together with a child-free getaway in Lucerne. We only had one full day (babysitting and work constraints being what they were), and specifically chose to take it easy, but we still managed to fit in a lot of lazing around, gentle wandering around the town, a movie and an art museum. 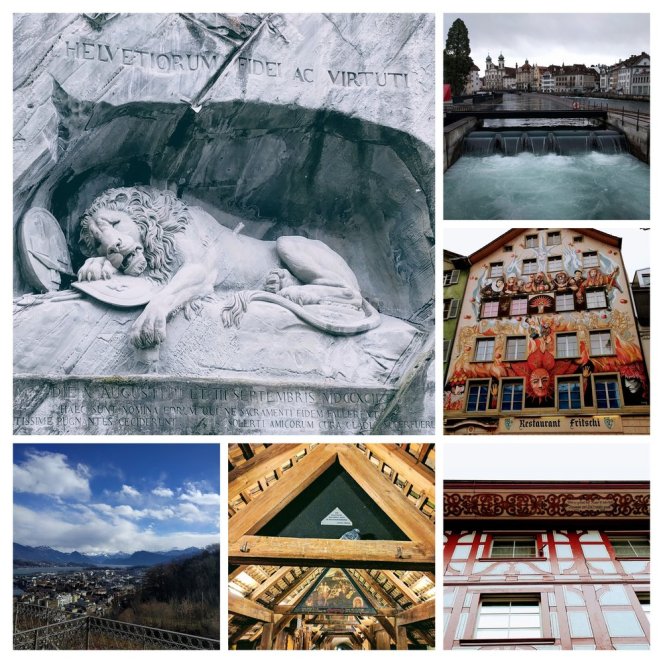 3. The art was very much the best part. Although there was minimal information about the works, I believe I learned a lot just from seeing such a large number of Picassos and Klees together – the Paul Klee drawings in particular were a total surprise. I realised I hadn’t known anything about his work. I really miss the London museums! Switzerland has some lovely ones but they’re smaller, typically have less information about the exhibits, and crucially, they’re not free. Fr12 or Fr15 isn’t exorbitant, no, but it makes the difference between being able to just pop in for half an hour at a time – say, because you have impatient kids with you – and, well, not.* It also makes for a much more elitist environment. I hope one day I’ll have more art in my life again.

4. Computer gremlins abound. Armin has made great progress in fixing the issues that were slowing me down so badly (I’ve hardly been able to do any computer work at all for a few weeks), but there are still a few mysterious Issues, and now it’s started ticking like a time bomb. This is Quite Stressful.

5. The opposite of stressful: Instagram’s #yarnlovechallenge, running throughout February. If you use IG, you’ve probably already seen it. If you haven’t, just take a peek – it’s lovely. And if you’re an occasional Instagrammer wondering whether you can jump on board late – I think yes! I’ve seen late joiners every day so far. All the daily prompts can be found here. (Yesterday’s, community, was my favourite so far.)

#52recipes: nada. Sick kid followed by weekend break = minimal effort in the kitchen. This week’s not looking too good either, so I might be officially falling behind. No worries, I’ll catch up.

_____
* Zurich’s Kunsthaus does have free entry on Wednesday afternoons. Just FYI. They frown on toddlers in back carries, though.